Welcome to RenderMan for Maya 20.7!

This release of RenderMan for Maya includes some feature and performance changes.

Welcome to RenderMan for Maya 20!

This new release of RenderMan for Maya (previously known as RenderMan Studio), includes a number of new features to address the feedback we have received from users in our initial 19 release. Please see the release notes below for all the new capabilities and click through the links for detailed information on each new feature.

There's a new way to reduce render times! Render with fewer samples, producing a noisier image, and then run the new denoise executable as a post process. In the RenderMan for Maya globals, denoising can be enabled under the サンプリング tab. There's a Denoise disclosure toward the bottom, where you can choose to do Frame or Cross-frame denoising. The former provides the fastest turn-around, with a per-frame denoise process. Cross-frame takes multiple frames into consideration, and runs after the entire sequence is finished rendering. Denoising is only applied for batch renders, because it requires images to be written to disk in OpenEXR format. 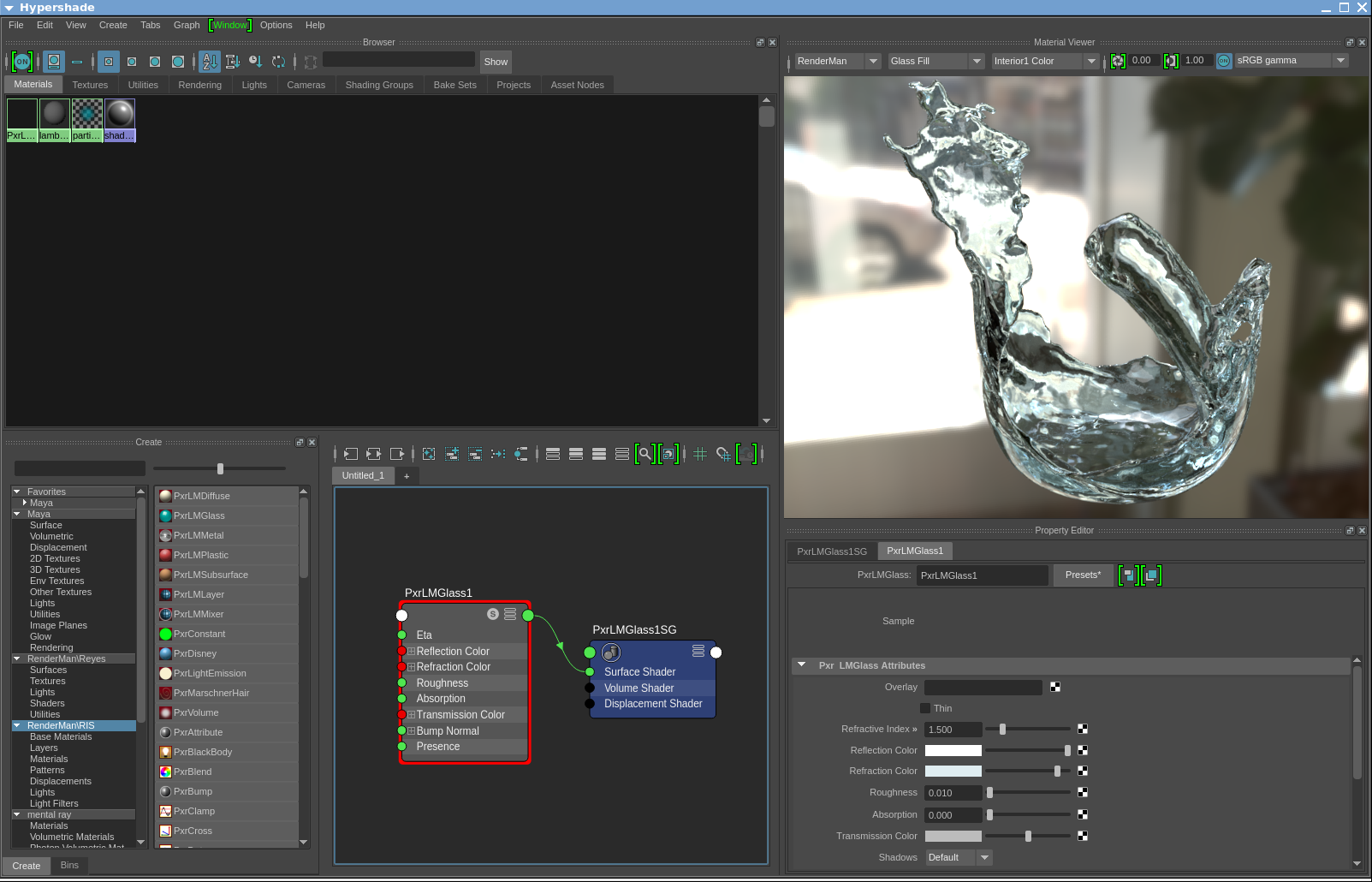 PxrVisualizer is a new integrator that can be used to navigate large scenes and inspect geometry during IPR. It allows different styles of viewing, including shaded, flat, normals, st, wireframe.

RenderMan for Maya now provides a holdout workflow for RIS mode. Look for the new Holdout button on the RenderMan shelf beside PxrDisney. Select geometry for the holdout and click the button. This will set up necessary settings and outputs. Since the workflow relies upon secondary outputs, rendering to 'it' is required.

New light shaders are provided for RIS mode. They are: PxrStdAreaLight, PxrStdEnvMapLight, and PxrStdEnvDayLight. These are similar to RMSGeoAreaLight and RMSEnvLight, but are streamlined for use in RIS. In particular, RIS patterns can be connected to the color parameters for the PxrStd light sources. They also use new light filter plug-ins as blockers instead of the RMSGeoLightBlocker coshader. PxrEnvDayLight has its own new manipulator in the viewport!

RPS provides a new API for light filter plug-ins, and RenderMan for Maya makes all of the light filters that ship with RPS available through the blockers control of PxrStdAreaLight. Right-click in the widget to see the list of light filter types that can be created. 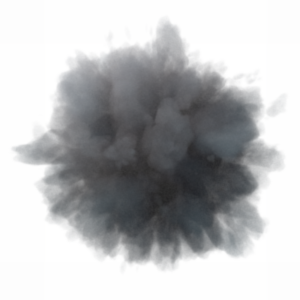 A new hair Bxdf PxrMarschnerHair is available. This Bxdf is developed for production at Pixar Animation Studios. Maya hair and fur now use PxrMarschnerHair by default. There's a new PxrMayaHair pattern plug-in which takes care of querying primvars and mapping values to outputs that are wired into some of the PxrMarschnerHair params.

The new Pxrカメラ projection plug-in is supported in the RenderMan for Maya globals, under the features tab. For the カメラ Type, select Physical カメラ. It provides a variety of physical settings, including tilt-shift, lens distorion, chromatic aberration, vignetting, and shutter.

There is a new txmake UI window that can be used to convert images to RenderMan formatted texture files. The window can be called up using either the button marked 'Tex' in RenderMan shelf, or from the RenderMan menu (RenderMan - TxMake). 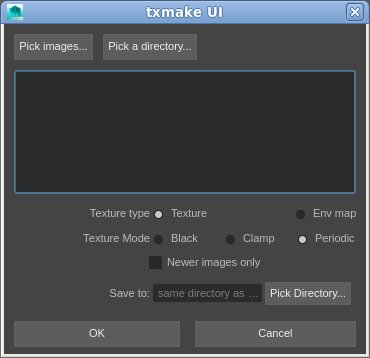